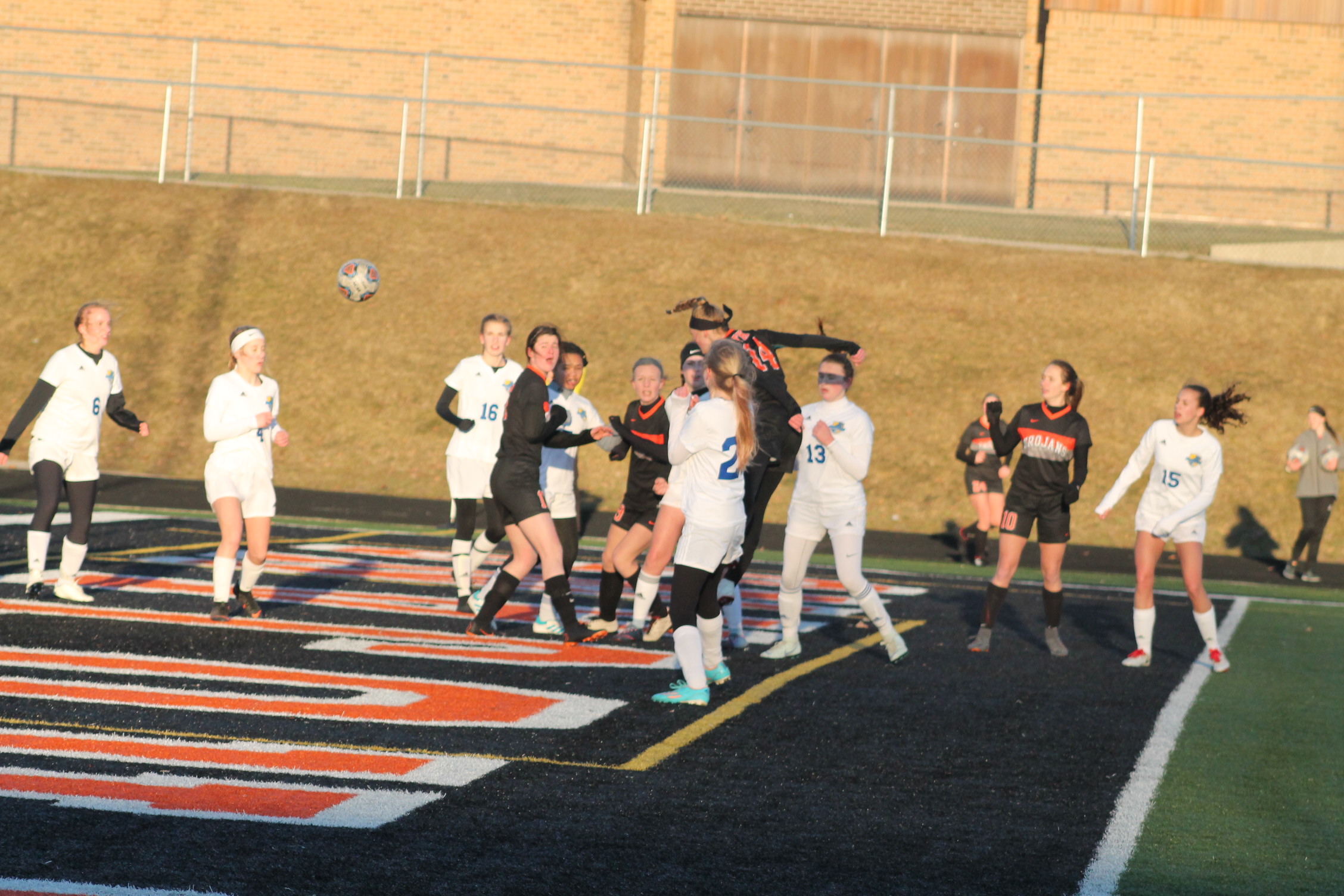 The TK Lady Trojans kicked off their season with a nice 2-0 win over Northpointe Christian. TK played well the entire game and saw many opportunities outshooting Northpointe 16-2. The first goal came at the 11:02 mark for senior Ellie Adams. After beating several defenders she rifled a ball from about 25 yards out to go up 1-0. TK would see many other good opportunities to put the game out of reach early but weren’t able to capitalize on them.

The second half would see more of the same as TK continued to press hard on Northpointe’s defense. At the 18:29 mark of the half Maddie Raymond got around a defender and took a great shot on goal to earn a corner kick for the Trojans. The first corner kick was deflected by a Northpointe defender which lead to a second corner kick. This time Ellie Adams lofted a great ball into the box where freshman Ainsley Oliver headed into the back of the net to go up 2-0.

The TK defense was solid all night earning their first shutout of the season. Led by a strong defensive line in Kassidy Niles, Savannah Bronkema, Haley Chapin and Julia Curtis the trojans were able to eliminate many chances for the opposing team. Freshman Tristen Cross earned her first shutout of her career and was solid in the goal all evening.

TK hosts Catholic Central on Monday. JV plays at 5pm and Varsity at 6:45pm. Come out and support your trojans.