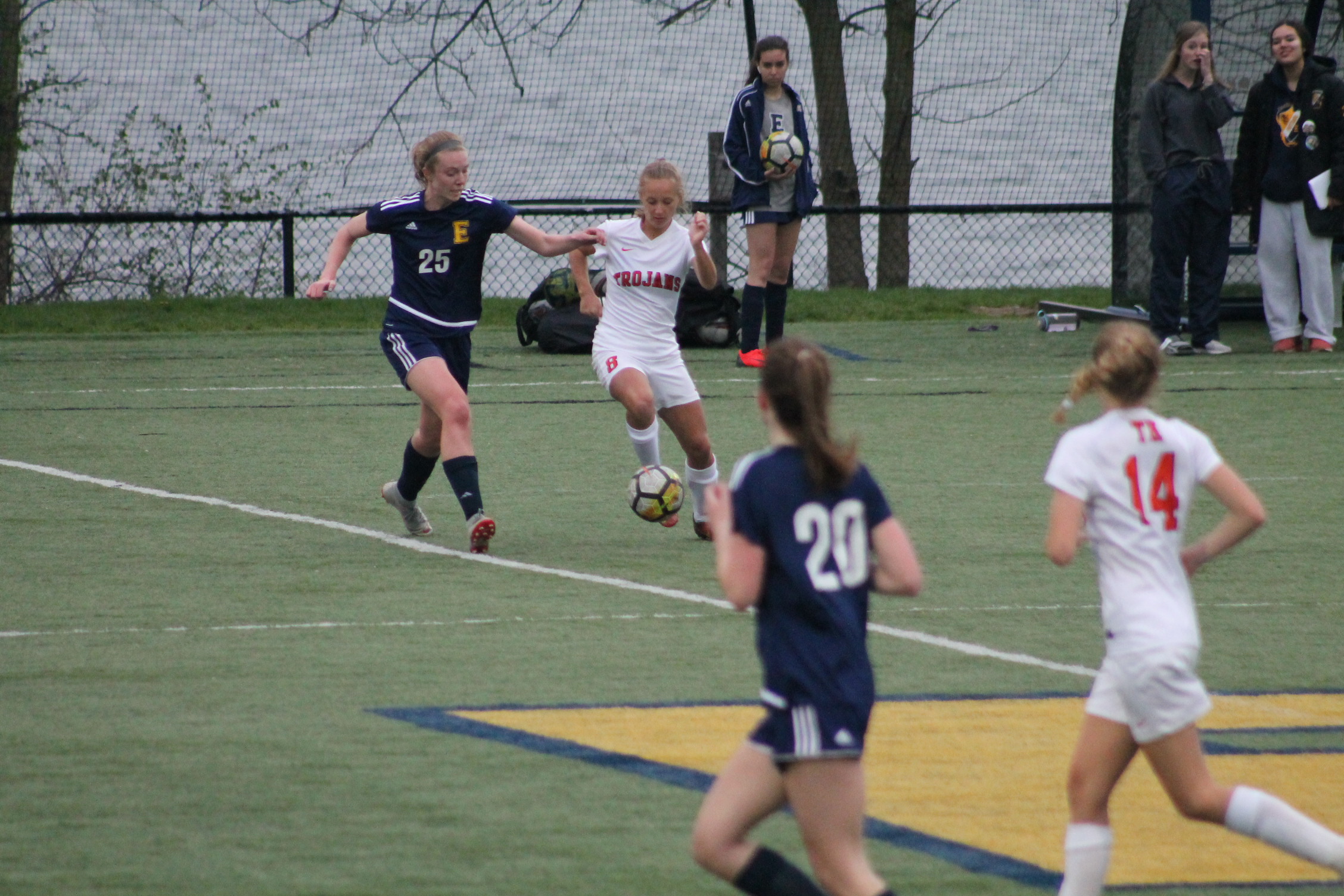 The TK Lady Trojans traveled to East Grand Rapids for another tough conference match up. The trojans started the game controlling the play and found themselves with many opportunities to get on the board. With defense from both teams neither team was able to find the net. TK’s defense lead by Kassidy Niles, Julia Curtis, Sydney Coffman, Grace McNabney and Elizabeth Meyering kept EGR in check the entire half and didn’t allow many opportunities.

In the second half the trojans would find their stride and found themselves with several great opportunities to score. Finally at the 9:12 mark of the second half Ainsley Oliver beat a defender around the left side and crossed a ball into the box. Sophomore Kennedy Young was there to put the ball in the back of the net.

TK continued to dominate possession and shots but it was EGR that would find the equalizer. With just 10 minutes left a goal kick was hit wrong and landed at the feet of an EGR player. She would beat a defender and find the near post to tie the game up 1-1.

TK would continue to push hard and Maddie Raymond found the post twice off corner kicks but nothing that would give the trojans the lead. TK travels to Grand Rapids Christian on Wednesday as they will take on the Eagles at 4:30pm.