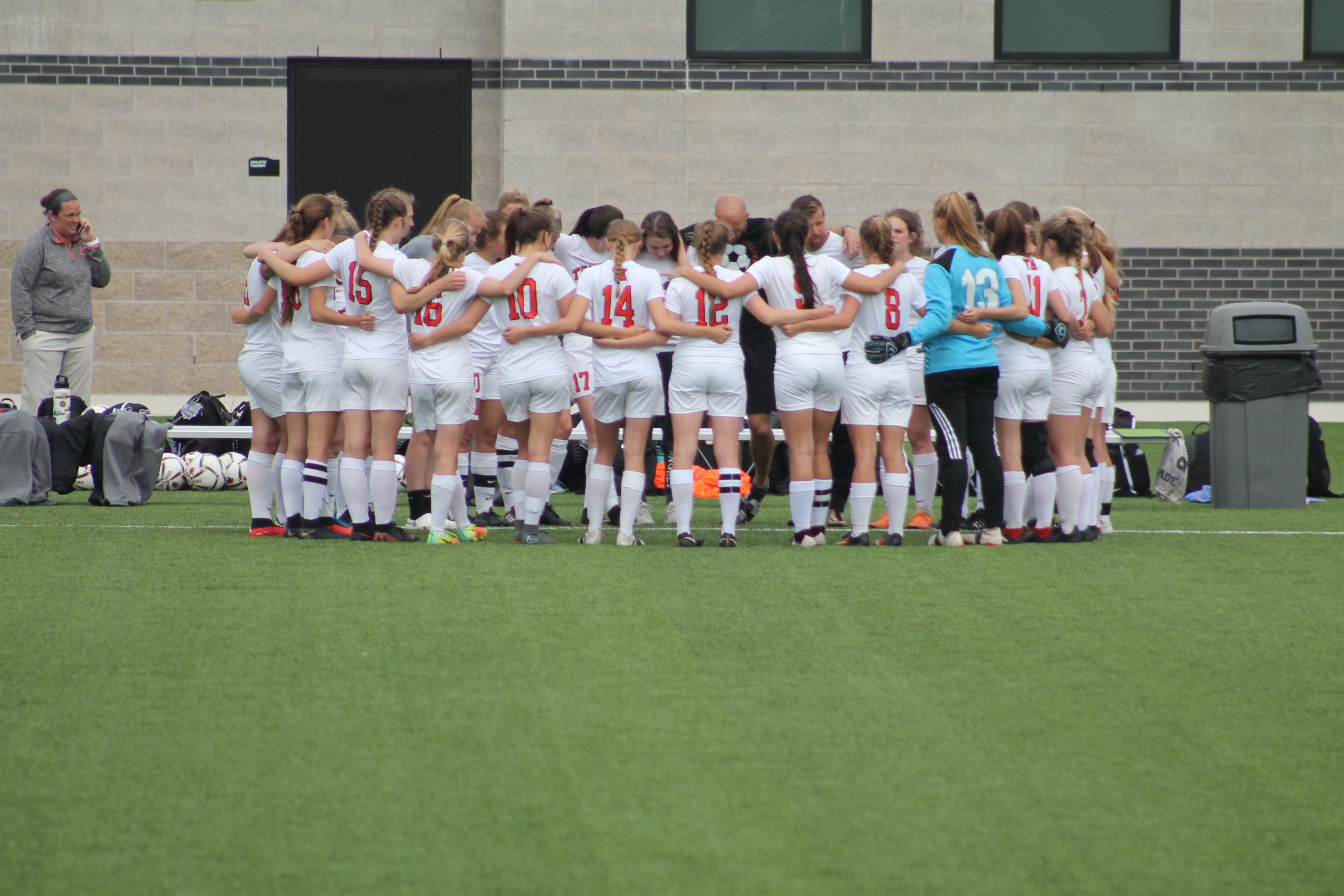 The girls varsity soccer team came into the district semi-finals with a familiar opponent. It was the Eagles of Grand Rapids Christian who had won the OK Gold Conference and the Trojans had seen twice that season. Both of those games the Eagles would come out on top scoring 6 goals between the two matches.

As the trojans entered the game as the underdog their recent play and determination would lead them into another tough contest. This game would not be like the others in the sense that the trojans seemed to play on their heels most of the game.

From the very beginning TK’s defense locked in and limited the Eagles chances of scoring. Their best opportunities came from well outside the box. On the other end the Eagles defensive backs remained strong like they have all year long and limited the attack of the trojans. With great midfield play and possession of the ball the trojans were able to find some gaps in the Eagles defense for a couple of great opportunities.

After 80 minutes of play the game still remained 0-0 and both teams would head into overtime determined to move onto the district finals. Exhausted from a long season and extra time the Trojans would dig deep and find a couple of opportunities early in the second overtime. A few breakaway chances were squandered by a bad first touch that would play right into the keepers hands.

TK’s defense would remain strong and although the back line of Niles, Curtis and Coffman would not come out of the game they seemed to push through the fatigue. 96 minutes into the contest and with just 4 minutes to play before a shootout with determine the winner the Eagles found the ball at their feet just out side the box. A great shot on goal was stuffed by freshman keeper Tristen Cross who would play well all evening long. The save would give the Eagles a corner kick and a beautifully placed ball would find the head of an Eagles player which would find its way into the back of the net.

With just 4 minutes remaining and fatigue setting in the trojans would try and push for one more chance but would not find the equalizer goal. The trojans battled all evening long and what would turn out to be a great soccer game. With heads held high they were able to walk off the field knowing they had left everything on it.