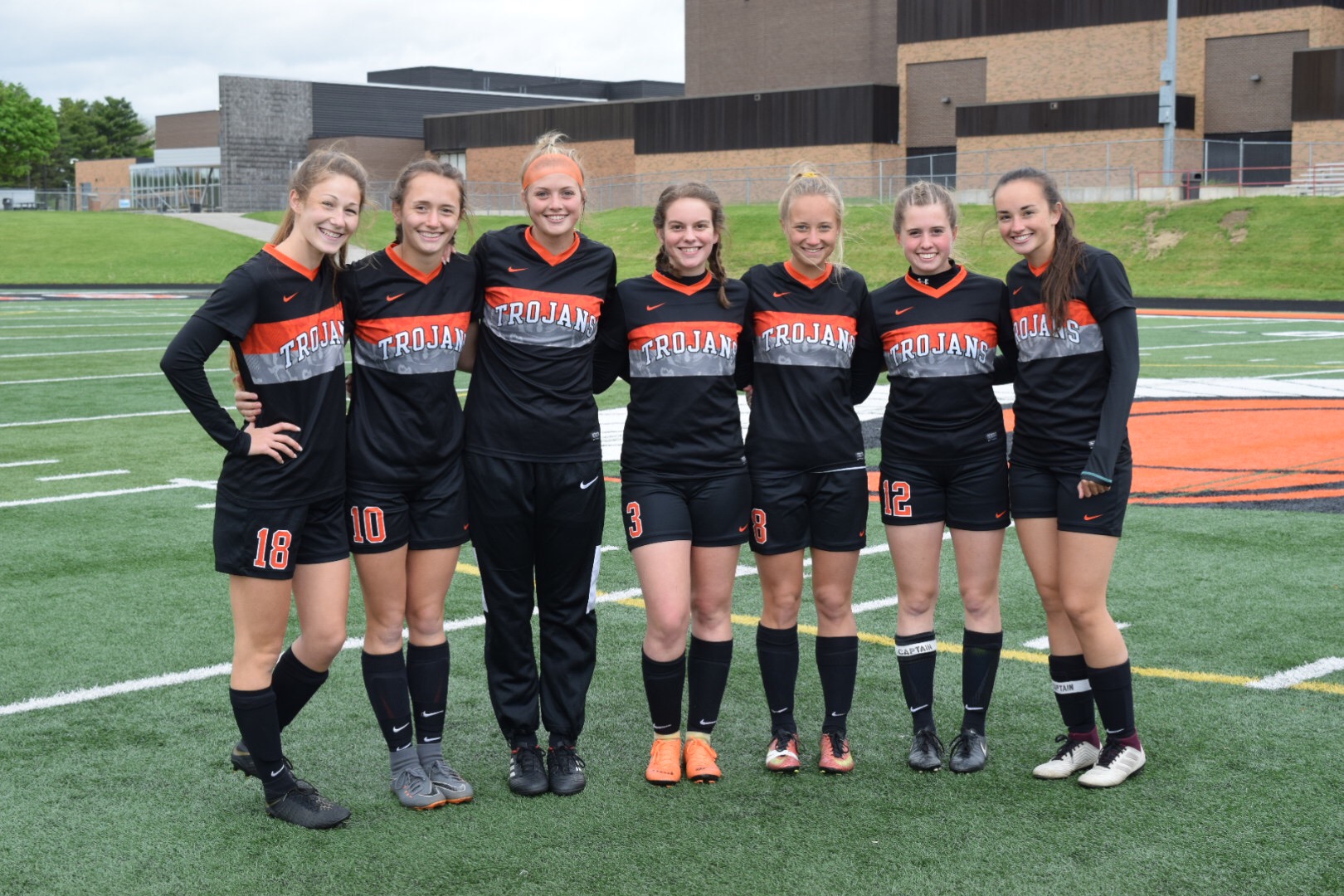 In a game that would be the final regular season game for the 7 seniors for TK it wasn’t disappointing at all. In fact out of the 10 goals and 8 assists on the night the seniors would provide 9 of them.

The trojans opened up the scoring just 2 minutes into the game when Ellie Adams played a great corner kick into the box where Maddie Raymond was there to put it in to go up 1-0.

The scoring would continue from there with Sierah Adams scoring twice in a two minute period. Those goals were assisted by Carmen Beemer and Haley Chapin.

At the 12:42 mark freshman Kiah Nichols would score one of her two goals for the trojans on another corner kick from senior Ellie Adams.

At the 23:08 mark Terryn Cross would get taken down in the box and would earn a PK which she would put past the keeper to make the score 5-0.

Kiah Nichols would earn her second goal of the night on an assist from Ainsley Oliver and just a few minutes later Ellie Adams would find the net from about 20 yards out which was assisted by Sierah Adams.

Ellie Adams would continue her great work on corner kicks but this time she didn’t need any help as she bent it right into the back of the net.

Emma Bainbridge and Kassidy Niles would get the final two goals of the night which were assisted by Carmen Beemer and Ellie Adams.

The 7 seniors finish out their regular season playing some great soccer. Those 7 seniors include defenders Kassidy Niles, Sydney Coffman & Bree Bonnema. Midfielders include Ellie Adams, Haley Chapin, Maddie Raymond and Terryn Cross. These girls will enter into their last home game on Wednesday, May 22nd at 6pm when they take on Hastings in the first round of districts. Come out and support your trojans.