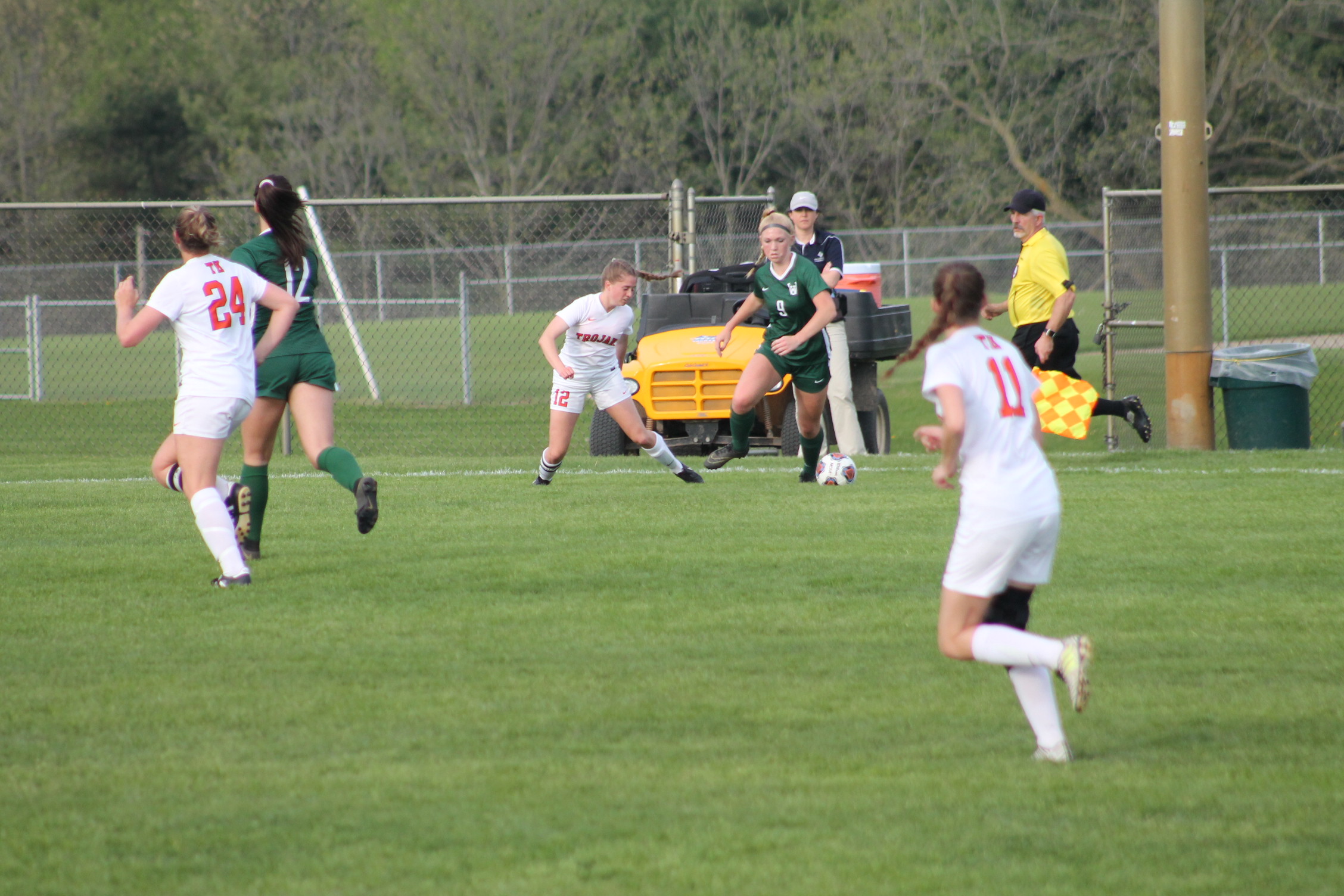 The Lady Trojans traveled to Wayland tonight for another tough OK Gold showdown. The last time the two teams met Wayland would get the best of the trojans with a 1-0 win. This time the trojans weren’t going to allow that to happen and came out strong right from the beginning. With a great defensive scheme and some nice offensive movement of the ball the trojans were able to earn their third straight shutout of the week.

The trojans would see many opportunities early but with some nice goalkeeping from Wayland they weren’t able to get on the board. At the 29:10 mark Monica Bluhm would find Sierah Adams up top with a great through ball. Adams was poised and as the Wayland keeper came out she pounded it into the back of the net to give the trojans a 1-0 lead heading into half time.

In the second half the trojans knew that they needed to strike first. With some great attackers on the Wayland team they were just one shot away from allowing them back into the game. This time it only took 9 minutes for the trojans to double their lead. The trojans found themselves on their heels as Wayland had a counter attack off a TK corner kick. It was Julia Curtis who made a great tackle and found Kiah Nichols on the wing. Kiah would play a great ball to Sierah Adams in the middle who would attack space and find Ainsley Oliver on the right side of the field. Ainsley would get deep in the box and play a great ball across the goal to Carmen Beemer who was there to smash it in giving the trojans a 2-0 lead.

The trojans would continue to do a great job of creating opportunities and the TK defense would limit the chances of Wayland. The final goal of the night would come at the 26 minute mark when Kennedi Young would find her sister Emma Bainbridge on a nice through ball. Emma would place a perfect ball past the keeper to move the score to 3-0.

TK finishes the week with 3 shutouts thanks to a strong defense in Kassidy Niles, Julia Curtis, Sydney Coffman & Grace McNabney. Tristen Cross has earned all 3 shutouts in the goal by playing nearly perfect soccer and coming up with some big saves.

TK has one last game next week Monday as they host Wyoming at 6pm. Then they prepare for districts round 1 which will be Wednesday, May 22nd at 6pm at home vs. Hastings.