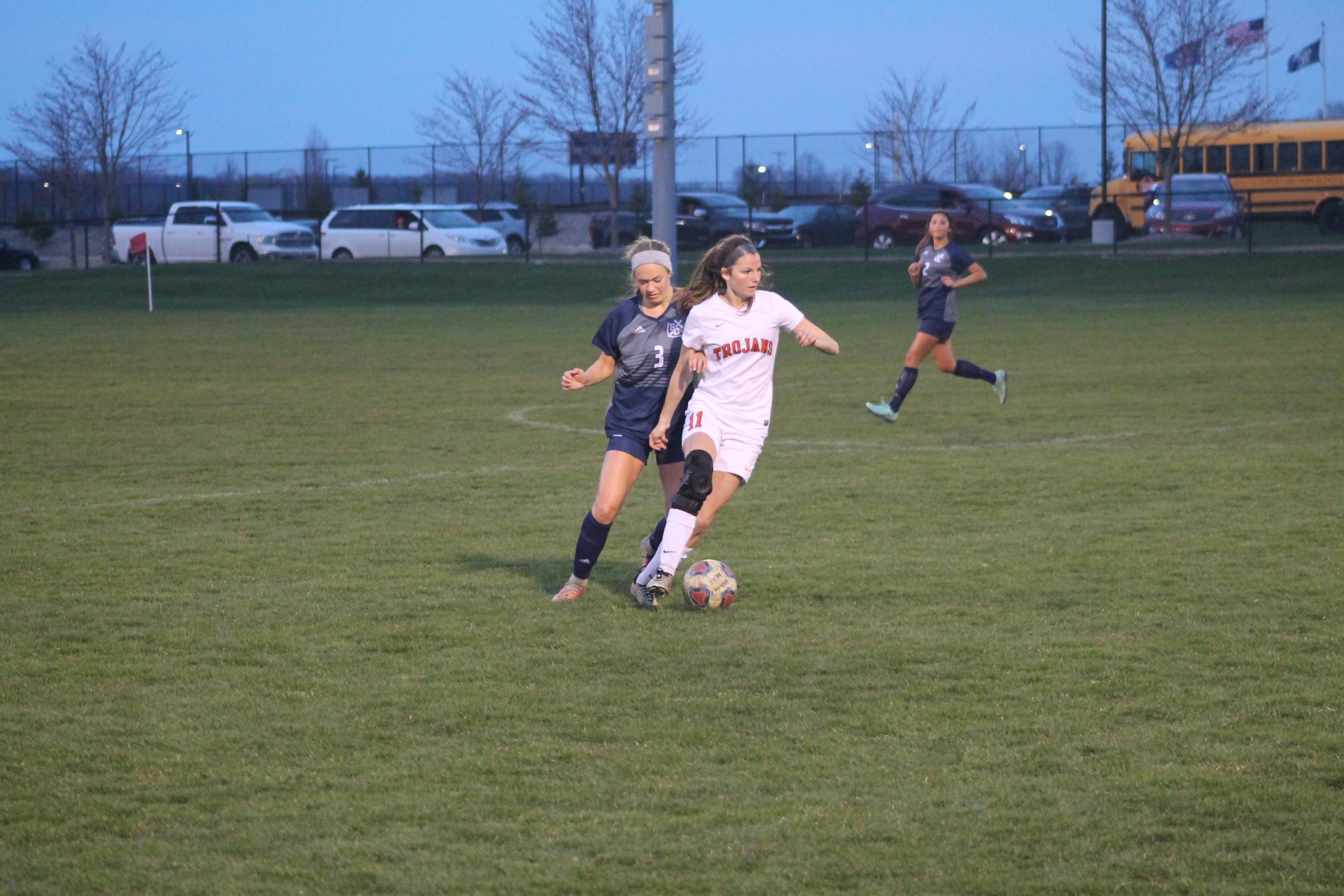 The TK Lady Trojans traveled to South Christian for another tough conference match up. After about a hour of delay due to thunder the two teams were able to get things going. TK did a great job coming out and finding possession and controlling the tempo from the start. Finding a few different opportunities to put something on goal but South’s defense remained strong and effective all night long. At the 8:48 mark TK lost possession of the ball and found itself down numbers and South was counter attacking. After getting around a defender on the sideline South was able to find a player in the box who headed it into the back of the net to go up 1-0. TK would not let down and continued to play hard and find opportunities themselves. At the 18 minute mark it was almost a replay from the first goal when South would drive deep into TK’s box and a cross in front of the goal would lead to a 2-0 lead for South heading into overtime.

To start the second half TK seemed to come out fired up and had a couple of good looks but couldn’t finish on South. After controlling play from the get go South came back with what they had managed to do all night. Getting deep in the box and a cross finding the head of a Sailor put them up 3-0. South would find their final goal at the 8:24 mark off a set piece.

The young trojans continued to work hard all night long and finally got on the board at the 32:32 mark off a free kick from Kassidy Niles. Niles played a great ball into the box where South keeper bobbled it. Ainsley Oliver found the ball at her feet and played a ball over to Carmen Beemer who slotted it in the corner to make the score 4-1.

TK has the remainder of the week off before they travel next week for two more conference match ups. On Monday they play Forest Hills Eastern and Wednesday they travel to Wyoming. TK moves to 3-3 overall and 1-2 in the conference.