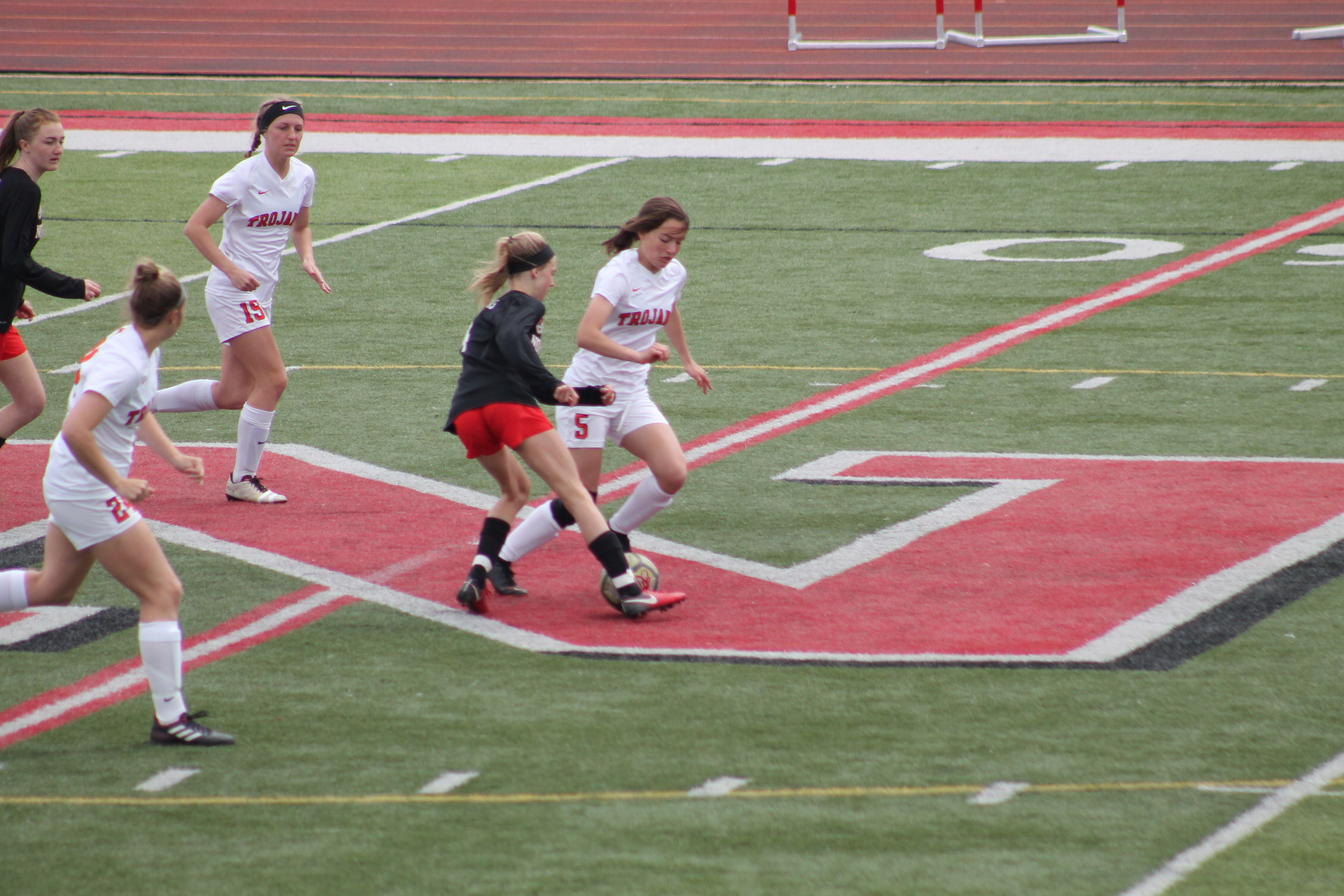 The girls varsity soccer team traveled to Northview on a beautiful day to play soccer. The first half of soccer would end 0-0 with both teams playing well. The trojans would generate some good opportunities but weren’t able to find the net.

The second half would see more scoring as both teams found ways to put the ball in the back of the net. While the trojans would control possession and saw better opportunities it was Northview who would strike first. At the 18:41 mark a great defensive effort by the trojans was called a foul that would lead to a free kick. Northview would place a beautifully placed ball in the upper 90 to go up 1-0. While the trojans wouldn’t give up and the effort was great they couldn’t seem to find their luck to tie the game up.

With just 10 minutes remaining it was Northview who would find the net when a shot from outside the box would make its way into the box and past the TK keeper to go up 2-0. TK would not shut down and more gritty play found themselves earning a corner kick at the 38:45 mark. A great ball by Ellie Adams found Ainsley Oliver to make the score 2-1.

With just under a minute to go TK found themselves in the box with one final chance to tie the game up but wasn’t able to do it.

TK now moves on to host South Christian on Monday evening at TK at 6:45pm.