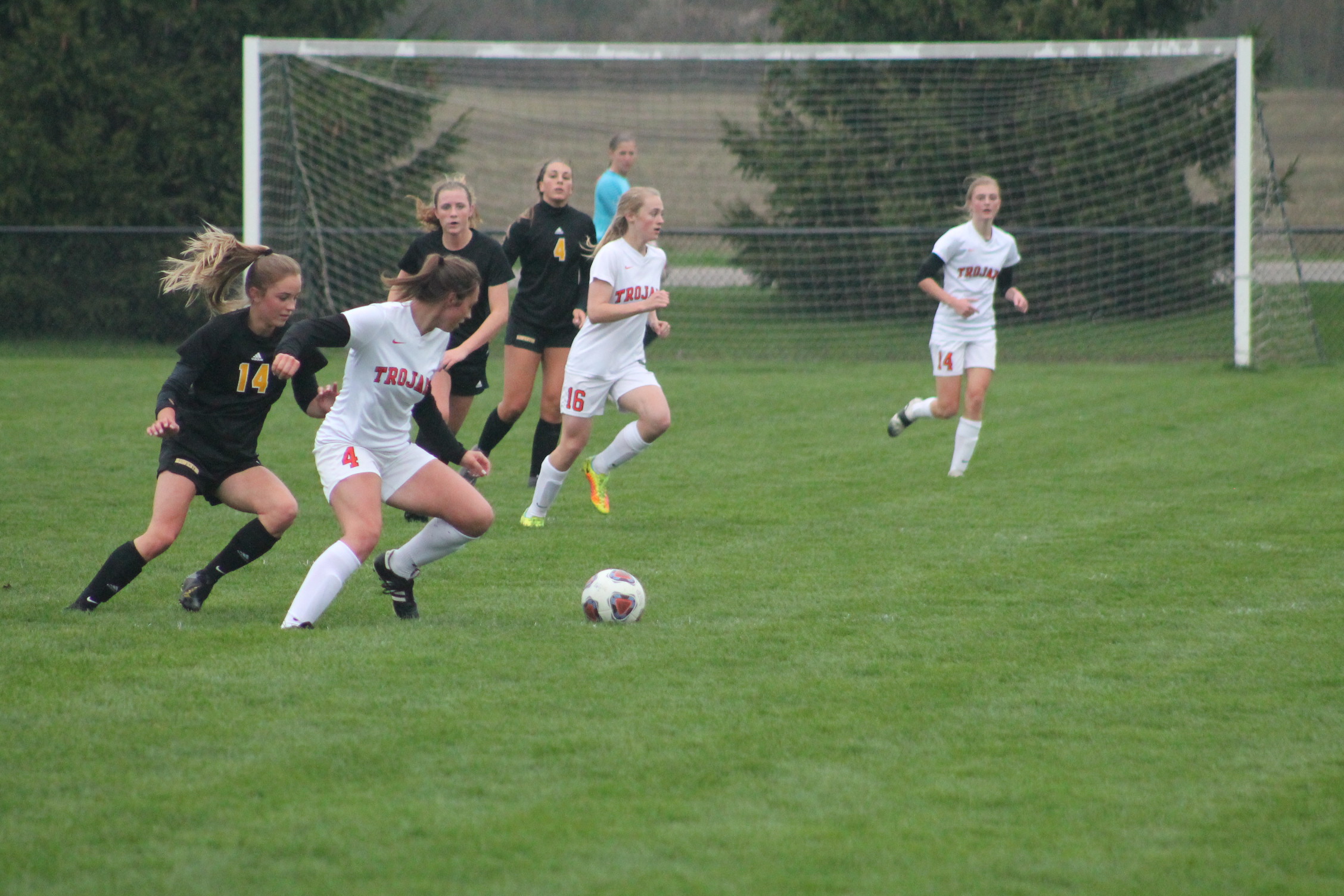 It was a wet night in Hamilton as the trojans traveled to take on the Hawkeyes. Despite the conditions and more injuries plaguing the trojans the game was back and forth the entire time. In the first half the trojans found themselves with some great chances to score with even one goal coming back for offsides. At the half the score would remain 0-0.

In the second half it was more back and forth but it only took Hamilton 2 minutes to find their first goal of the night. The trojans would press back and again saw shots sail high and wide of the net but they just couldn’t seem to find the equalizer.

In the final 10 minutes the trojans added an additional forward to try and find the equalizer and ended up being on the short end of that by giving up a second goal with just 6 minutes left in the game. The trojans have the rest of the week off and will be back in action on Monday as they take on East Grand Rapids at 6:45pm.