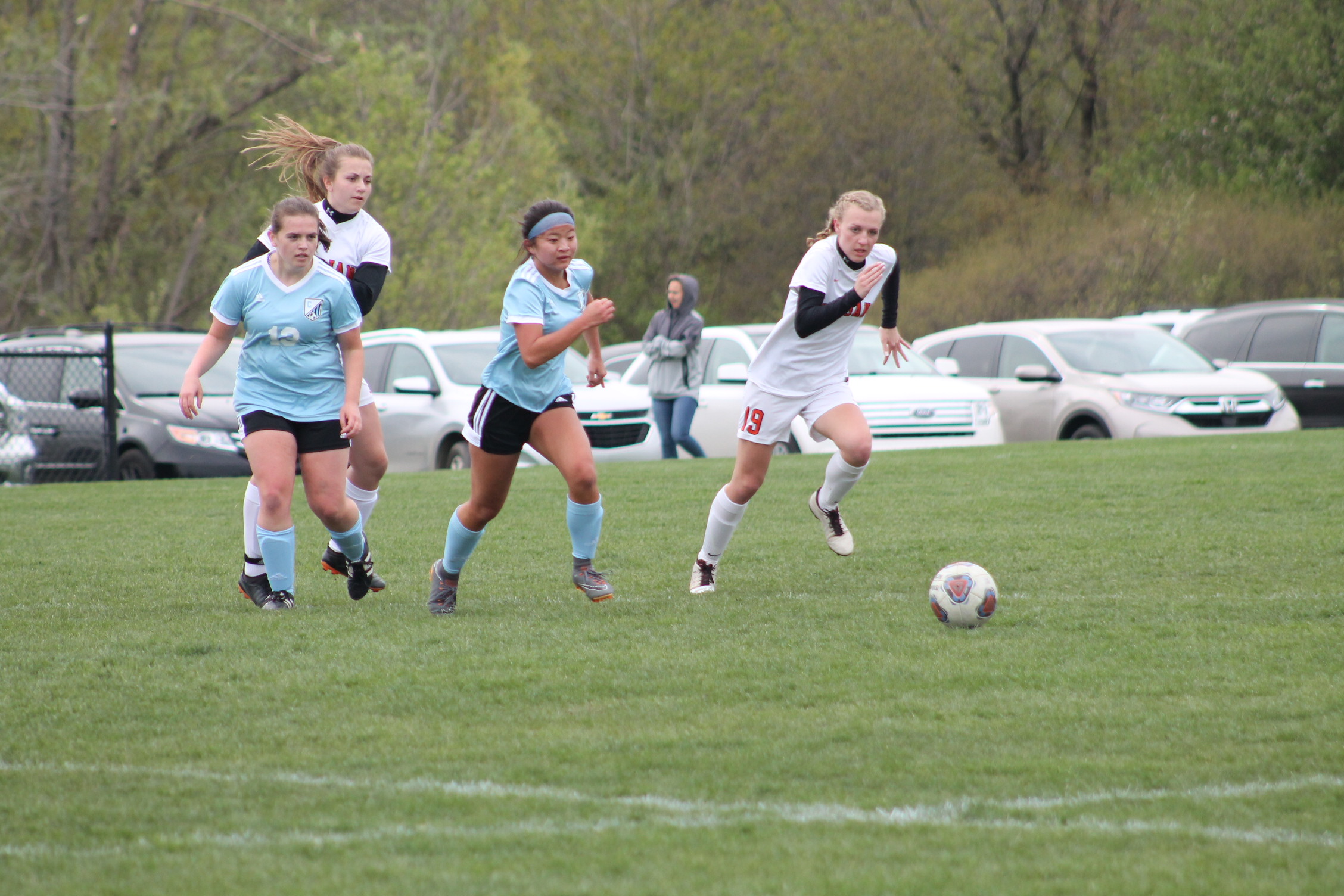 The Lady Trojans traveled to GRC tonight to face the top team in the OK Gold conference. The trojans started the game strong possession the ball and trying to find opportunities. But it was GRC’s defense that remained strong and didn’t allow the trojans to get many shots on goal.

GRC would be the first to score at the 16:50 mark when they worked their way into the box and were able to score to go up 1-0. The trojans would battle back but a foul in the defensive third would set up GRC for a set play. A beautifully placed shot in the upper 90 would put the Eagles up 2-0.

With things going against them the lady trojans continued to battle and it was Carmen Beemer who found the net which was assisted by Julia Curtis. The trojans would go into halftime down 2-1.

It didn’t take long for the eagles to extend their lead in the second half. A ball found the feet of an eagle just 37 seconds into the second half just outside the box. She was able to place a great shot to the corner to put the eagles up 3-1.

The trojans would continue to work hard the entire game and saw some good ball movement and opportunities. Even down two goals they would continue to push forward and it was at the 37:26 mark when Ainsley Oliver beat a defender down the left side of the field. A nice cut back and a high lofted shot would find the back of the net to make the score 3-2. Although the trojans would not find a final goal it was a hard fought battle against the top team in the league. TK travels to Northview HS on Saturday for a non-conference match. Game time is at 11:30am.