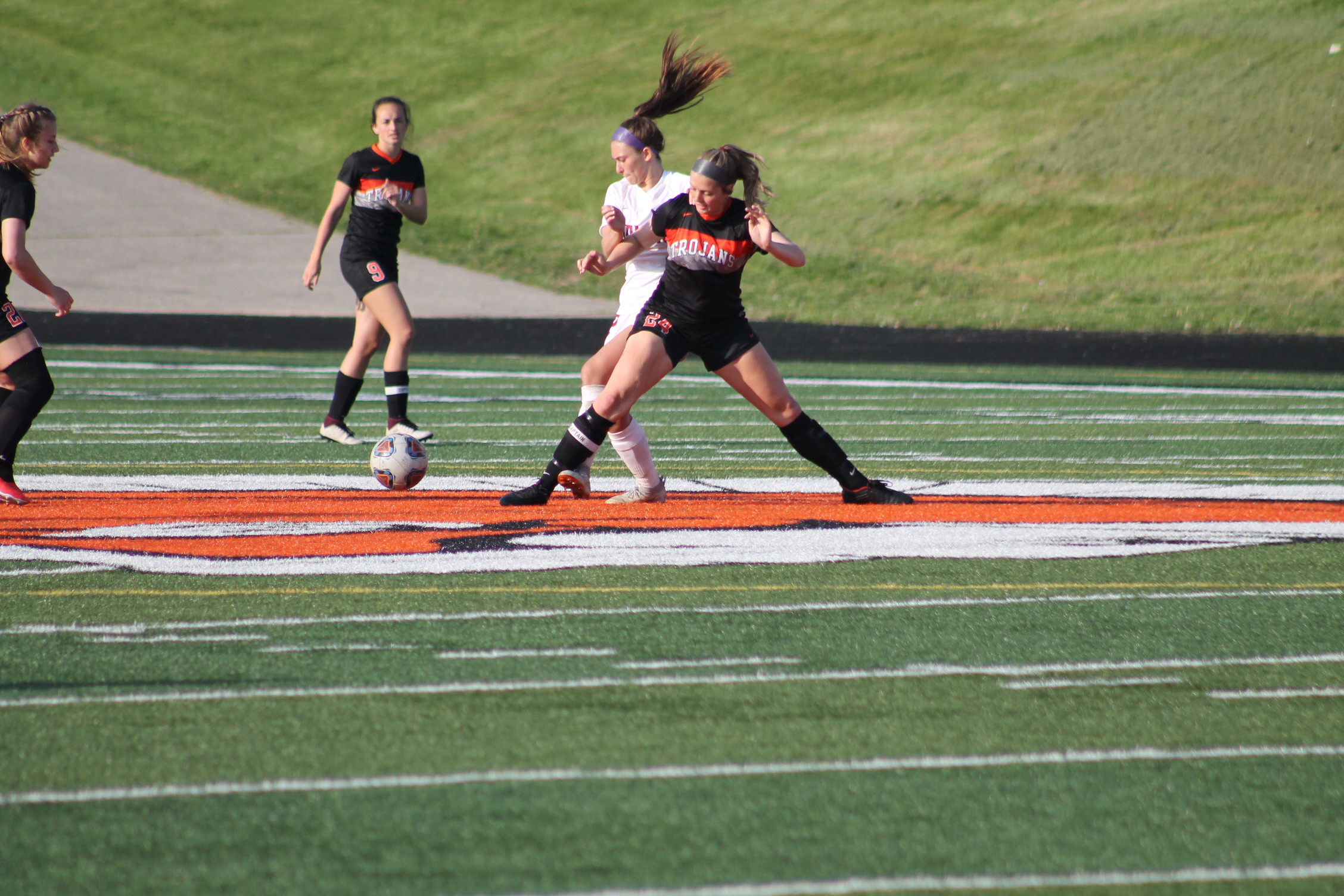 The Lady Trojans earned their second shutout of the week against a tough and gritty FHE team. The two teams entered the night sitting neck and neck in conference play. TK got the best of FHE last time with a 1-0 win.

This time would not disappoint as both teams came into the game ready to play. Although FHE had some tough attackers up top TK’s defense would hold them in check lead by Kassidy Niles, Julia Curtis, Sydney Coffman and Grace McNabney. In times of need TK’s freshman keeper came up big as well with some key saves.

TK would get on the board first with just 10 minutes left in the first half. TK earned a corner kick and Ellie Adams placed a great ball into the box where Carmen Beemer was there to head it into the back of the net.

The second half would see more of the same for both teams. TK’s defense would remain strong and the midfield controlled play to create chances for TK. It was another hustle play that would earn TK another corner kick at the 33:06 mark. Ellie Adams played another ball into the box and this time it was Monica Bluhm who would find it to double the lead for the trojans.

The lady trojans travel to Wayland on Friday for another tough conference match up. Game time at 6:45pm.